Seize the opportunity to see one of the world’s greatest natural spectacles on this evening Reykjavik Northern Lights tour. Hop into an air-conditioned coach with an expert guide, and venture deep into Iceland’s darkness-cloaked countryside, far from the electric glow of any towns. Stop at different locations to scan the ink-black skies for the legendary lights, and with luck, catch a dazzling display that you’ll remember forever. Taking a Northern Lights Iceland tour is a must for anyone visiting Reykjavik in winter, so don’t miss out!

Evening tour to see the amazing Northern Lights One of the world's most amazing natural phenomena, also known as the Aurora Borealis English-speaking tour guide Pick-up and drop-off from Reykjavik area hotels and guesthouses

Even if you have only limited time in Iceland, the Golden Circe, famed for its waterfalls, geysers, and striking landscapes, is an integral part of your itinerary. Ensure you don’t miss three of Iceland’s top attractions with this 7.5-hour express tour of the Golden Circle from Reykjavik. Over only half a day, you’ll witness the eruptions of the Geysir Geyser, marvel at the Gullfoss Waterfall, and drink in the ethereal landscapes of Thingvellir National Park. Hotel pickup and drop-off from Reykjavik are included.

ruise Faxaflói Bay in search of humpback and minke whales during this whale-watching tour from Reykjavik. A naturalist guide talks about the biology and behavior of these magnificent marine mammals while you look for signs of their presence. Stay warm and dry in provided thermal coveralls as you keep your eye out for whales, white-beaked dolphins and harbor porpoises. Choose from a 2.5-hour, high-speed express boat option or a full, 3.5-hour tour, both of which include round-trip transportation from Reykjavik hotels (if option selected).

Fancy an unforgettable break, but can't decide between one of the world's most stunning natural landmarks or the home of the famous Northern Lights? Well, thanks to today's deal, you can have both...

We're offering you a four & six-night Iceland and Niagara Falls break with return flights from £449 or pay a deposit from just £249, saving you up to 52%!

You'll start in Reykjavík for an unforgettable two nights, staying in a comfortable double or twin en-suite bedroom. Whichever hotel you stay in, you'll have wireless internet connection in your room, and will be in a position ready to explore the fascinating city. With a backdrop of snow-topped mountains and crystal-clear air, Reykjavík offers a city break like no other. If you're looking to get the most out of your time in Iceland, then why not enjoy a Northern Lights tour (£45pp) to try and spot the greatest natural light show on planet earth.

Next up, a flight to Toronto in Canada and two nights at the spectacular Niagara Falls! You'll stay at the Best Western Plus Cairn Croft Hotel, ideally situated close to the natural wonder itself. You are never far from a great view of one of the world most stunning natural landscape phenomena. Plus, the falls are located within driving distance of the city of Toronto, a great destination for a day trip to get a flavour of real Canadian culture and cuisine. If your stay is before November, why not indulge in a Voyage to the Falls (£39pp) for a unique perspective of this natural phenomenon.

Hotel Facilities
The hotel comprises a total of 56 rooms. Services and facilities at the hotel include a breakfast room and a bar. Wireless internet access is available to travellers in the public areas. Those arriving in their own vehicles can leave them in the car park of the establishment.

Rooms
Each of the rooms is appointed with air conditioning, central heating, a living room, a kitchen and a bathroom. The carpeted rooms have a king-sized bed and a sofa bed. There is also a safe. A kitchenette equipped with a fridge, a microwave and a tea/coffee station is also provided as standard. An ironing set is also available for guests' convenience. Little extras, including internet access, a telephone, a TV, a radio and an alarm clock, contribute to a great stay. Rooms suitable for wheelchair access are bookable. The bathrooms are fitted with a shower and a bathtub. A hairdryer can also be found in each of the bathrooms. Bathrooms with wheelchair access can also be booked. The establishment offers non-smoking rooms and smoking rooms.

Prices are based on twin sharing basis.

May buy multiple packages as gifts.

Valid for selected flights only on some specific dates; supplementary charges may apply for alternative flights.

We cannot be held responsible if the minimum time in destination is affected by flight delays or cancellations.

This holiday is provided by Via Holiday and financially protected under ATOL licence 11226.

No cancellations or No refundable

You've got a great price fr £449/PP *Subject to Availability Includes Return flights and 4,6 nights accomodation Check the details below and book quickly as these prices won't last!

Why Book with us? 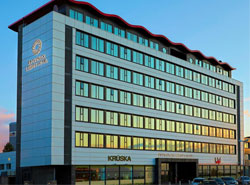 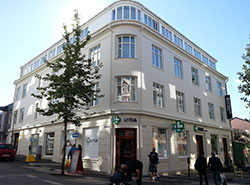 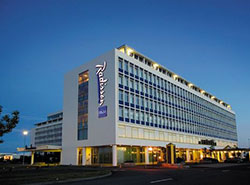 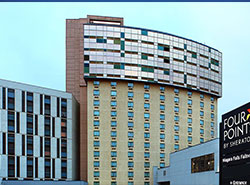 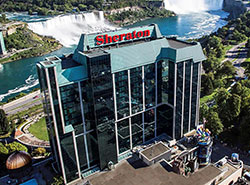 Sheraton on the Falls Hotel 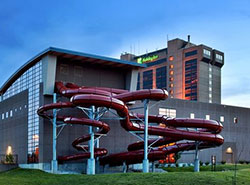